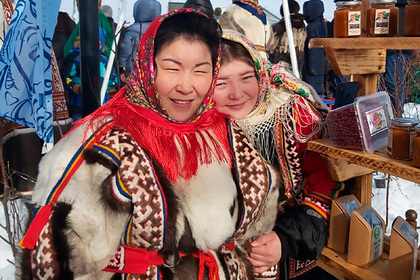 Russians were told about the main crafts for which the Urals are famous. Rossiyskaya Gazeta has compiled a list of items with which the region can be associated, and also shared the stories of local craftsmen, for whom work is creativity.

First of all, the correspondents remembered Lyudmila Antropova from the city of Sysert, located in the Sverdlovsk region. The Russian woman is engaged in painting, paints porcelain products. She began to get involved in this business as a child, and after graduating from a vocational school she went to work at the Porcelain Sysert enterprise. For 26 years, a woman has been painting and creating objects from porcelain every day: tea pairs, sets, dinner sets, and vases.

Then a pottery workshop recently appeared in the Urals, where original ceramic tiles are produced. It was organized by Andrey Savitsky, specialist of the Center for Traditional Folk Culture of the Middle Urals, together with like-minded people. According to him, several local churches, the facades of four churches, iconostases, as well as fireplaces and stoves of country houses are decorated with these Ural tiles. It is clarified that this is a difficult but interesting job, since each ceramic product is created by hand and then fired. In the workshop, all kilns were assembled according to our own drawings. Savitsky hopes that his craft will help create a unique tiled craft in the region.

In conclusion, the newspaper correspondents spoke about the “aibolit with a chisel”, who created a unique workshop “Mnih” in Tyumen for working with wood. Vadim Shitov is reported to be one of the first to start restoring old houses in the region. Currently, he is the chairman of the board of the regional public organization “Center for the revival of folk crafts” and an honorary citizen of Tyumen, awarded the honorary mentor badge for the creative education of young people.