By the end of the third quarter of 2021, the cost of one hundred square meters of land in Crimea reached 180 thousand rubles. 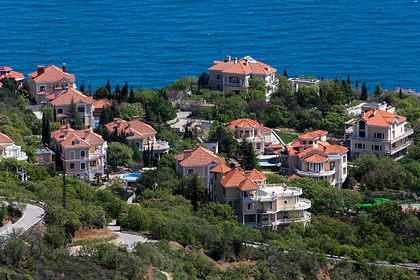 By the end of the third quarter of 2021 among regions of Russia the most expensive land plots for individual housing construction (IZHS) were found in Crimea – the average cost reached 180 thousand rubles per hundred square meters. These are the conclusions reached by experts from Avito Real Estate, RBC reports.

As for agricultural land, they are most expensive will cost in the Krasnodar Territory, where you will have to pay 94.3 thousand rubles per hundred square meters, and in the Rostov region – 66.6 thousand rubles per hundred square meters. Analysts recorded active growth in the Stavropol Territory and Volgograd Region, where the average cost for the year increased by 33 and 29 percent, respectively.

Earlier, Avito Nedvizhimost experts noted that in the third quarter of 2021, the demand for land in Russia decreased by 4 percent compared to the same period in 2020. Such a dynamic was noticed for the first time in 2021, it was associated with the end of a period of high demand that began in 2020, when many Russians acquired land – they became interested in suburban areas during the COVID-19 pandemic.