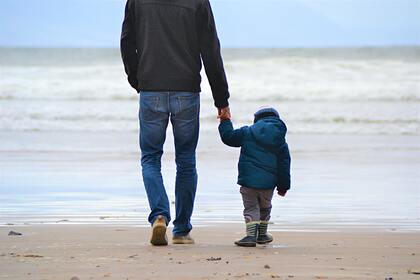 learned an unpleasant secret. The man said that his wife, before her death, left him a note, where she admitted that he may not be the father of their child.

According to the author of the post, his wife died ten months ago. Shortly before that, she wrote a letter in which she told that she had cheated on him a few days before the wedding. “It was written in it that our four-year-old son might not be from me, because at her bachelorette party she got drunk and spent the night with a stranger,” the hero of the story told. He clarified that some time after the wedding, his wife became pregnant and did not know who really is the father of her child.

“She thought it would be better to bring this news to me when I could not confront her, ”the author of the post complained. The man said that he later did a DNA test, which confirmed the fact that he is not the father of the child. “Maybe I shouldn't have taken the test. It may be easier to live and not know the truth. But I just needed to know. Now I know, and I am devastated, “the narrator admitted.

The man stressed that what happened did not change his attitude towards his child in any way. According to the user, the son means a lot to him, and he is not to blame. “I can't stop crying. Thank God that my son is with my parents now. I would hate myself if he saw me like this. My heart is broken, “- concluded the author of the post.

In the comments under the post, users sympathized with the man. In their opinion, someday his son will find out about this story and will be grateful to his father for not leaving him.