Senator Klimov: NATO will not support Ukraine in the event of a conflict with Russia 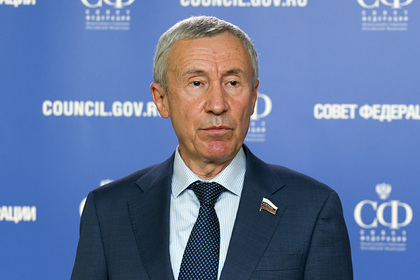 NATO will not support Ukraine in the event of a conflict with Russia exclusively for the protection of the participating countries and the fight against the Soviet Union, said a member of the Federation Council Andrei Klimov. In a conversation with Lenta.ru, the senator added that many in Kiev would like to support NATO, but the maximum possible contacts are to use Ukraine as a third country to solve the alliance's tasks.

On November 26, NATO Secretary General Jens Stoltenberg said that the organization guarantees the collective security of only members of the alliance, but not partner countries, including Ukraine.

Klimov recalled that NATO has never set itself the task of protecting other states, but Kiev seems to have begun to forget about it.

“NATO has never conceived to protect third countries, only to protect the members of the alliance. This is a military-political bloc, created initially to confront the Soviet Union – if, by the way, look into the Oxford Dictionary, it will give just such a definition. And since then nothing has changed except the name of the country, – said the senator. – NATO members can use third countries to implement their main task, but not vice versa. And if someone in Kiev still hopes for this, then in vain. By the way, all American leaders have periodically stated this: Barack Obama, Donald Trump, and senators recently announced that if the Russians suddenly attack Ukraine, no reaction is foreseen on their part. ”

According to Klimov, even if NATO sends military units to Ukraine, it is doing this solely in order to conduct reconnaissance of Russian territories and monitor the situation, but not to help in a potential war. Moreover, he added that although the members of the alliance have a formal right to protection, it happened more than once that no assistance was provided.

“In Kiev, just like in Georgia, think that if they start fighting with us, NATO will immediately help them. Only when the former Georgian President Mikhail Saakashvili started a war with us in the Caucasus, no one helped him. At first, of course, they gave a cry, but in the end they didn't even impose sanctions. And then they completely admitted that the conflict was provoked precisely by Saakashvili, that it was he who opened fire on the civilian population. Some people in Kiev are probably now subject to the same delusion, “the politician concluded.

On November 29, NATO Secretary General Jens Stoltenberg said that he believed in the possibility of a dialogue with Russia. However, he also noted that the countries of the North Atlantic Alliance need to demonstrate unity so that “Russia does not want to attack any of the NATO countries.”