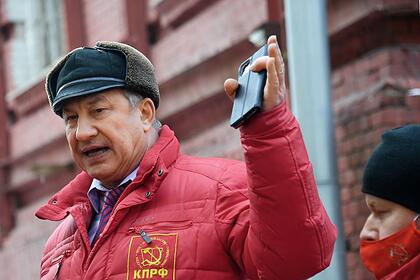 Press Secretary of the Moscow City Committee (MGK) of the Communist Party Nadezhda Veselova denied reports on the hospitalization of State Duma deputy Valery Rashkin. According to her, the politician himself went to the doctors, after which he underwent a planned operation, reports News.ru.

It is specified that Veselova did not disclose the details of the procedure. “He himself was“ hospitalized ”on a planned basis, he underwent a planned operation, he is not being examined. It was planned before, it was simply postponed. There were no exacerbations, no nervous ones … there was nothing, “the press secretary emphasized.

According to her, Rashkin may be discharged from the hospital by the end of the working week.

Earlier it was reported, that the politician, who was hospitalized due to an eye disease aggravated by a nervous system, underwent an operation.

On November 25, State Duma deputies voted to deprive Rashkin of immunity, suspected of illegal elk hunting. Deputy Chairman of the State Duma Committee on Security and Anti-Corruption Anatoly Vyborny then clarified that the decision of the lower house of parliament was dictated by the public's request for openness and justice.