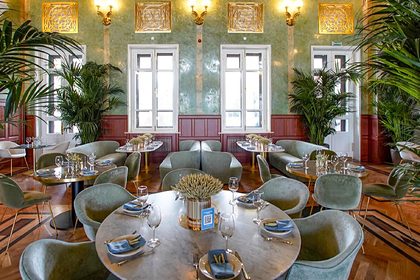 The World's 50 Best Restaurants Restaurants will be held in Russia for the first time. This was reported on the official website of Moscow Mayor Sergei Sobyanin.

The award ceremony will take place in Moscow in July 2022. Previously, the event was held in London, New York, Melbourne and Singapore, and in 2021 Antwerp was the venue for the award. Then the rating included two Moscow restaurants – White Rabbit and Twins Garden, which took 25th and 30th places in the list, respectively.

“It is assumed that the capital will be visited by more than two thousand professionals, gastronomic observers, experts … Among them will be chefs, whose restaurants will be included in the list of the 50 best. These are the world stars of the gastronomy sphere. Together with them, Moscow will be in the center of international attention, “the mayor of the city said.

In addition, it is noted that in July Moscow will organize a five-day thematic program for professionals and fans of high-class cuisine. “The Moscow restaurant industry has been confidently making itself known in recent years,” said Tim Brooke-Webb, Managing Director of the upcoming award.

The World's 50 Best Restaurants is an international restaurant rating that is updated annually since 2002 based on a survey of chefs, restaurateurs and restaurant critics around the world. In 2021, the Noma restaurant in Copenhagen took the first place on the list. Geranium, also based in Copenhagen, came in second, and Asador Etxebarri from Achondo, Spain, came in third.