The court sentenced the ex-deputy head of the investigation department of the Ministry of Internal Affairs of Yalta to 13 years because of 100 thousand dollars. 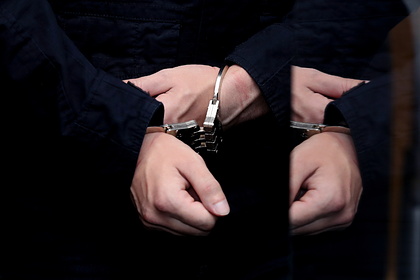 Acting Deputy Head of the Investigation Department of the Ministry of Internal Affairs in Yalta to 13 years in a strict regime colony for accepting a bribe in the amount of 100 thousand dollars. This was reported on Tuesday, November 30, to Lente.ru by the press service of the Crimean Prosecutor's Office.

The ex-policeman was also fined 77 million rubles. He was deprived of the right to hold public office for ten years.

According to the investigation, the investigator received money through a lawyer so as not to initiate a criminal case against a resident of a neighboring state, who was accused of fraud with land plots in Yalta.

During the investigation, two more episodes of bribes were revealed. In June 2016 and March 2018, the policeman also received bribes through intermediaries totaling 400 thousand rubles for refusing to initiate criminal cases against a resident of Yalta.

The prosecutor clarified that criminal cases against three intermediaries are pending under consideration in the Yalta court.