RBC: due to decarbonization in Russia by 2050, electricity will rise in price by 28 percent 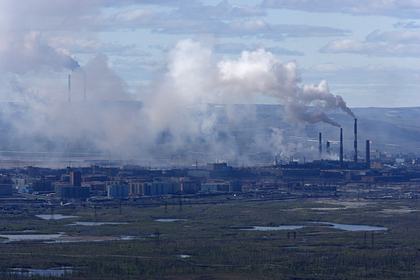 with carbon emissions, electricity will rise in price by 28 percent, analysts at VTB-Capital predicted. RBC writes about this with a link to the corresponding report.

According to the forecast, the reduction of emissions by 2050 by 60 percent from the level of 2019 will require 102.7 trillion rubles. However, they warn, decarbonization will lead to higher prices for products within Russia for end consumers. The highest growth – by 28 percent – will show an increase in the cost of electricity, which will be necessary to cover investments.

At the same time, analysts say, this estimate is generally in line with the strategy of the Ministry of Economic Development, which assumes the allocation of 88.8 trillion rubles.

As the managing director of the rating service of the NRA Sergei Grishunin noted, it cannot be said that decarbonization as a whole will lead to a slowdown in economic growth. He explained that the production of the necessary equipment will provide additional incentives for the development of the economy, and investments in such projects, with proper government support, can lead to a decrease in the tax burden on enterprises engaged in modernization.

According to Forbes, electricity in Russia can rise in price by 26 percent by 2050 due to energy transition. At the same time, the Ministry of Economic Development has prepared the final version of the country's low-carbon development strategy. According to the head of the department, Maxim Reshetnikov, a forced energy transition for some economies results in such tangible costs, which, in his opinion, not everyone expected.

The department's strategy describes two scenarios – inertial, if the authorities do not take any or special measures, and intensive, taking into account active decarbonization actions. In the first case, Russia will reduce net emissions (taking into account the absorption of CO2 by the forest) by 460 million tons of CO2 equivalent, in the second – by 1.57 billion tons.