Professor Kislov: warm weather at the beginning of winter is associated with global warming 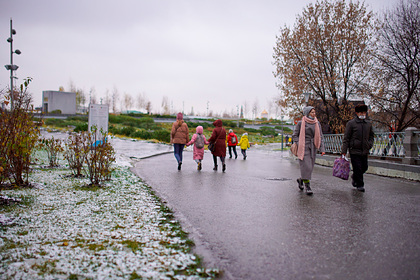 warming. In the future, similar temperatures will be recorded in Russia more often. Head of the Department of Meteorology and Climatology of the Faculty of Geography of Moscow State University Alexander Kislov and its leading researcher Mikhail Lokoshchenko spoke about this in a conversation with URA.RU.

According to analysts, heat fluxes are indirectly related to the problem of climate change. Global warming is manifested in the fact that such cyclones are more common. At the moment, a warm anomaly has been recorded throughout Europe and the Urals. “In general, warming is going on and will continue to warm,” predicted Kislov.

Experts said that synoptic processes are also associated with the influx of warm air masses of marine origin. However, they also noticed that over the decades the temperature has changed – 40-50 years ago in winter, the temperature in the Moscow region did not rise above plus 4 degrees Celsius, but recently it has increased. Experts clarified that the more dangerous is not the increase in temperature in the winter months, but the return of cold weather in the spring.

In August 2021, at the Department of Meteorology and Climatology of the Faculty of Geography of Moscow State University, some regions of Russia predicted new weather anomalies, including the most dangerous phenomena nature caused by climate change. As an example, experts cited the most powerful showers in the Arctic.