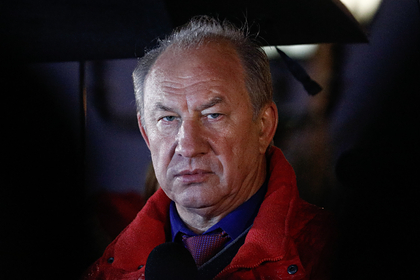 nerve cause of an eye disease, performed an operation. This is reported by “Zvezda” in its Telegram-channel.

The politician's health status is not reported.

Earlier it became known that Rashkin was hospitalized after the decision of the State Duma to deprive him of his parliamentary immunity .

The secretary of the Central Committee of the Communist Party of the Russian Federation, Sergei Obukhov, believes that since November 25, when the decision was made to deprive Rashkin of parliamentary immunity, no movement has been noticeable in the case. “Now there were no searches or interrogations. While [State Duma Speaker Vyacheslav] Volodin endorses the documents, while they go to the prosecutor's office, the Investigative Committee may also take up the case. The investigation received permission from the State Duma, the immunity was lifted, Rashkin himself confessed and even compensated for the crime by buying a new elk, so the law enforcement agencies have nowhere to rush. Therefore, the case is being worked out, “he said.

On Thursday, November 25, State Duma deputies voted to strip the immunity of the Communist Party deputy Valery Rashkin, who is suspected of illegal elk hunting. Deputy Chairman of the State Duma Committee on Security and Anti-Corruption Anatoly Vyborny explained that the decision of the lower house of parliament was dictated by the public's request for openness and fairness.

In October 2021, the police stopped the deputy's car in the Saratov region, in the trunk of which they found a dead elk. Later, Rashkin confessed to killing the animal.