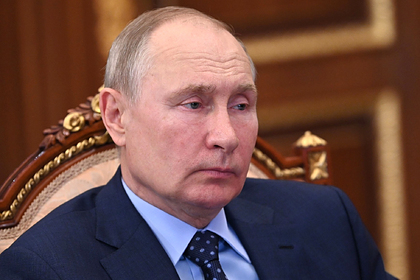 Russian President Vladimir Putin described his version of an ideal world with environmentally friendly transport correct disposal of products. The head of state shared his opinion during a plenary session at the Russia Calling! Forum, the broadcast is available on YouTube.

VTB Bank CEO Andrei Kostin asked Putin to comment on the research on compliance with the Paris agreements on carbon dioxide emissions. According to research, a person in the future will need to give up beer and meat, and they will only be able to wash three times a week for eight minutes.

“I would like to live in a world in which personal hygiene products are not would be harmful to the environment. If we flew on airplanes that would not pollute the atmosphere. If we use any food products, so that they are obtained in an appropriate way and disposed of properly, “Putin said.

Earlier, Putin said that Russia is actively and proactively participating in climate protection programs and fully complies with everything international obligations. He stressed that we are talking about the obligations that Russia has assumed under the United Nations Framework Convention on Climate Change (FCCC) and the Paris Agreement.