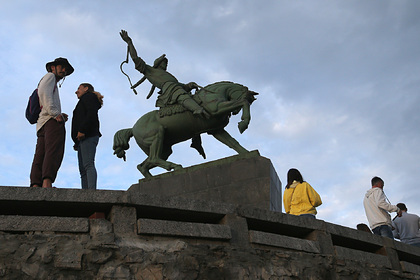 celebrate in 2024, was estimated at 215 billion rubles. Bashinform reports this with reference to the Ufa administration.

It is specified that most of the funds (89.2 billion rubles) will be allocated from the federal budget, another 44.3 billion rubles – from the republican budget. Private business investments will amount to 66.7 billion rubles, while the authorities of the Russian city will allocate 15.1 billion rubles.

More than half of these funds (115 billion rubles) will be spent on the construction of various facilities, including a depository , Center for Wrestling, Mathematical Lyceum, Center for Fencing, Eurasian Library, repository of archaeological materials “Settlement Ufa-2”, and others. Another 92 billion rubles will be invested in housing and communal services, landscaping, development of transport and the environment.

Earlier it was reported that a street food festival will take place in Ufa on December 10 and 11. The event will be organized in the “Art-square”. Participants from different regions of Russia will present their own dishes, and the jury will choose the most delicious of them and determine the winner. Next year the leader of the competition will present his dish at the Russian stage of the European Street Food Awards in Kaliningrad.