The former family house of actress Gwyneth Paltrow was put up for sale for $ 14.5 million 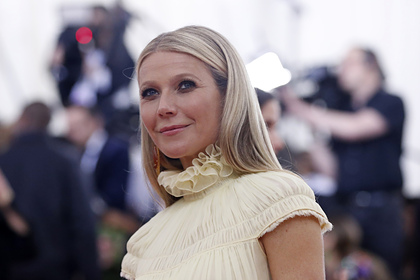 ” Gwyneth Paltrow. For the former townhouse of the actress's family in the Upper East Side of New York, they asked for more than $ 10 million, writes the New York Post.

Built in the 19th century, Paltrow's parents acquired when the actress was 12 years old and sold in 1992, when she turned 20. The new owner plans to get $ 14.5 million (over a billion rubles) for a luxury house.

The 7.2 thousand square meters townhouse is very bright – through large windows the sun penetrates well into the room. Inside there are seven high-ceilinged bedrooms, eight bathrooms, six fireplaces, several dressing rooms, as well as a terrace and private garden with orange trees and a fountain. In addition, the mansion has a spacious kitchen-dining room, a wood-paneled library and its own bar.

Earlier, another Oscar winner, Leonardo DiCaprio, got rid of the property in Malibu, which he owned for 20 years. The actor sold the mansion overlooking the Pacific Ocean for 10.3 million rubles. The 162 square meter mansion has three bedrooms with floor-to-ceiling doors. There are sliding windows overlooking the ocean, there are several terraces on the territory, and a private staircase leads to the beach from the house.