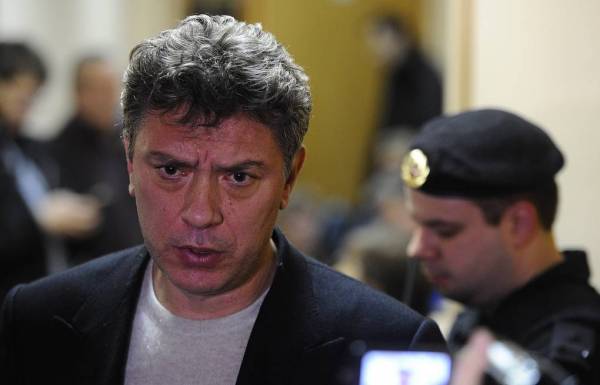 MOSCOW, July 9./ITAR – Co-chairman of RPR-PARNAS Boris Nemtsov claims that he did not participate in the “march of embroidered shirts”, which took place on June 28 in Odessa, and will only be glad if law enforcement agencies check it.

“I like this story because I did not participate in it (in the march), “he told ITAR-TASS, commenting on the initiative of Senator Valentina Petrenko, who suggested that law enforcement agencies check his” participation in the action “for signs of corpus delicti.

According to Nemtsov, he came to Odessa at the invitation of the leader of the Okean Elzy group and went to a concert, and then just walked around the city. “Since I am a famous person, on the streets of Odessa I was met by people who were taking pictures with me, and it turned out not a walk, but a continuous photo session. I walked along Primorsky Boulevard, and a procession of” embroidered shirts “met me, and they also began to take pictures,” says politician.

Nemtsov is convinced that the story with his participation in the action arose after the “false publication”.

“Let them check it out. I'll just be happy,” he concluded.

Speaking at a meeting of the Council of Federation, Petrenko said that representatives of the Right Sector and other nationalist organizations took part in the June 28 march in Odessa, and their “main demand was the continuation of hostilities in the south-east of Ukraine.”

” We believe that such actions are subject to verification by law enforcement agencies for the presence in them of a sign of corpus delicti, part 1 of Art. 282 “Incitement to hatred or enmity, as well as humiliation of human dignity, public calls for the implementation of extremist activities of the “Criminal Code of the Russian Federation”, – said Petrenko.