NATO Secretary General Stoltenberg: Ukraine will join the alliance if all 30 member countries support this 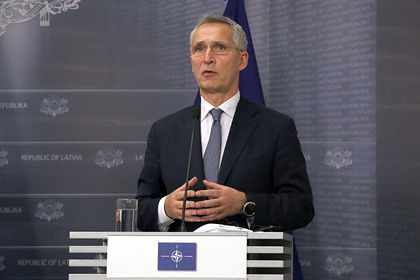 NATO Secretary General Jens Stoltenberg has named a condition for Ukraine's entry into the alliance. According to him, this will happen if all 30 member states support such a decision, but Russia cannot interfere in this process, RIA Novosti reports.

The Secretary General noted that the organization supports Kiev on the way to membership and the Euro-Atlantic integration, including through reforms, fighting corruption, strengthening defense and security systems to meet accepted standards.

“This should be a decision of 30 member states, a consensus is needed to expand the alliance. Russia has no right to interfere in this process, since Ukraine is a sovereign and independent state … This issue can be resolved by Ukraine and the NATO countries, Russia has no veto right, “Stoltenberg emphasized.

Earlier, the NATO Secretary General said, that the alliance does not know Russia's intentions towards Ukraine, is preparing for the possible use of military force by the Russian side, and is calling on Moscow and Minsk for more transparent military exercises.