Nabiullina: inflation can be reduced in two to three years 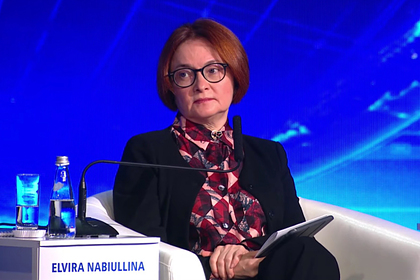 Inflation can be reduced in two to three years, even from very high levels. Bank of Russia Governor Elvira Nabiullina named such a period of victory over a significant rise in prices, speaking at the Russia Calling! Investment forum. The broadcast is hosted by RBC.

fixed at low levels, the experience of other countries shows that this is at least 10 years, maybe more, “Nabiullina said.

Developed countries have won such trust, she said. The head of the Central Bank admitted that the situation in Russia is still different. “We do not have such confidence, we do not have inflationary expectations anchored,” added Nabiullina. The Central Bank still expects to return inflation in the country to the target of four percent by the end of 2022.

The Kremlin does not see any reason for excessive alarmism due to inflation in Russia, the press secretary of the Russian President Dmitry Peskov said earlier … “We see with you unprecedentedly high inflation in the dollar zone, high inflation in the euro zone. Of course, it is impossible to be free, sterile, free from the influence of these negative tendencies, unfortunately, ”he stressed.