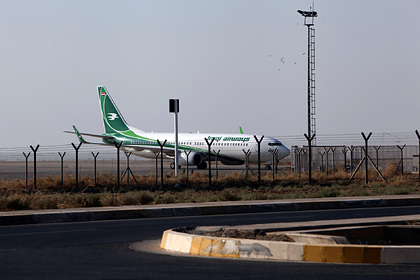 The last export flight for migrants returning to Iraq from Belarus, according to the press service of the air harbor. The reason why the refugees were again deprived of the chance to fly home remains unknown.

“Today's export flight of Iraqi Airways from Minsk to Erbil has been canceled,” it was reported. Earlier, the airport canceled similar flights scheduled for November 28 and 29. Thus, this is the third time that people have not been able to get home.

The representative of the Iraqi authorities, spokesman for the Ministry of Migration and Displaced Persons of Iraq, Ali Abbas Jahangir, said earlier that this is the last flight for volunteers. refugees from the Middle East republic will return home. He also added that Iraqi Airways operates all flights at the expense of the Iraqi government.

Export flights for refugees in Belarus are organized with the assistance of Iraqi diplomats. The first flights began in mid-November.

Earlier, President of Belarus Alexander Lukashenko volunteered to help organize the evacuation of migrants to their homeland. “We are ready to put everyone on the planes that will take them back home. But these people, I must say, are very stubborn: no one wants to return, “the Belarusian leader said.