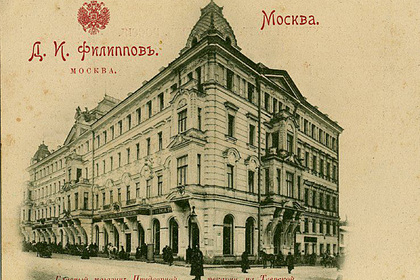 Moscow authorities have issued a permit to build a hotel on Tverskaya Street. According to the chairman of Moskomstroyinvest Anastasia Pyatova, the building of the “House of D. I. Filippov with a bakery, confectionery and coffee shop” will be turned into a hotel. The text of the press release is published on the agency's website.

The Luxe Hotel developer, together with the Luxe Properties developer, will have to reconstruct the legendary bakery in the center of Moscow. The new hotel will be operated by Corinthia Hotels Group. “The developer will restore the volumetric-spatial structures of historical premises, their height and dimensions, recreate the original appearance of the most valuable architectural elements that have survived: intricate hand-made stucco molding, cartouches, caryatids, and rustic facades,” according to Moskomstroyinvest.

The hotel will occupy an area of ​​40 thousand square meters. According to the plan, the hotel will have nine overground and underground floors, about 100 apartments and 50 rooms. The underground parking is designed for about 100 cars. In addition to the apartment complex, the developer plans to place a restaurant, a shopping gallery, fitness clubs, conference halls, lounge zones, beauty salons and a billiard room in the building. The press service informs that the Filippovskaya bakery will also be restored.

Chairman of the Board of Directors of the Lux Hotel developer and president of Luxe Properties Nader Nader compared the importance of Filippov's house to a work of art, since it is an exclusive building, interiors and whose architecture is of historical value. “We are preserving what has come down to our days, we are recreating the former beauty, but with a hotel and apartments of a modern deluxe,” Nader said and promised that the building would decorate the main street of the capital.

Earlier in November, a scandal caused reconstruction of another historical building – the Soviet pavilion “Hexagon” in Gorky Park. The project for its restoration was proposed by the Garage Museum of Contemporary Art, but the Arhnadzor public movement opposed it due to the possible loss of the monument's authenticity. Representatives of the movement suggested organizing a public discussion of the project and involving experts in the field of heritage.