Foreign Minister Lavrov: I hope Kiev will not follow Saakashvili's path in 2008 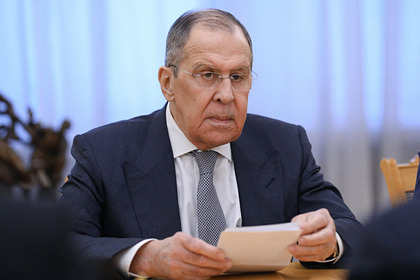 Ukrainian authorities have received a warning from the Minister Russia by Sergei Lavrov. Lavrov hoped that the political elites in Kiev would not repeat the fate of former Georgian President Mikhail Saakashvili. The minister's words are reported by TASS.

“I hope that even the current Kiev regime will not follow the path of Mikhail Saakashvili in August 2008,” Lavrov said.

According to Lavrov, the Georgian president in 2008 “instantly became agitated” after the intention to admit Ukraine and Georgia into the alliance was included in the NATO summit declaration. The minister suggests that this became one of the reasons for the start of Georgia's military aggression against its own citizens and Russian peacekeepers in South Ossetia in August 2008.

Related materials00: 01 – November 4 He played for high stakes. Saakashvili secretly made his way to Georgia and went to jail. What awaits the former president and his supporters? 00: 01 – October 30

“It was very scary” 30 years ago, interethnic conflicts began in the USSR. How did eyewitnesses and participants remember them? He added that the current Kiev authorities show “different qualities” and are subject to “bad influence” from the West.

On August 8, 2008, Georgia subjected the city of Tskhinval, the capital of South Ossetia, to massive artillery fire. The Georgian authorities intended to regain control over the territories of the region, which became de facto independent during the Georgian civil war in the 1990s. The then president of Russia, Dmitry Medvedev, announced the start of an operation to force Georgia to peace. By August 11, Russian troops entered Georgian territory, and on August 12, the parties agreed on the terms of an armistice. Russia recognized the independence of South Ossetia and Abkhazia, and Saakashvili lost the next presidential election and left Georgia.