Russian Foreign Minister Lavrov: The West has been provoking Ukraine to anti-Russian actions for several years 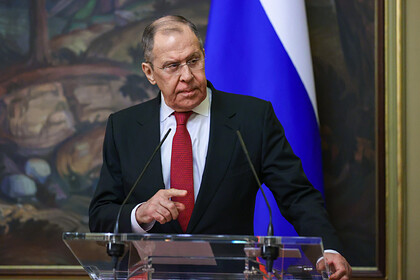 The West has been provoking Ukraine to anti-Russian actions for a long time … This was stated by Russian Foreign Minister Sergei Lavrov, RIA Novosti reports.

The Russian Foreign Minister accused Western partners of drawing Russia and other post-Soviet countries into NATO. “The West is well aware of our attitude to these efforts,” Lavrov explained.

Earlier, the Foreign Minister accused the United States of placing military bases around Russia and whipping up hysteria. He noted that the Russian side is reproached for the holding of exercises by the Armed Forces on their territory by those countries that are pulling together troops and military equipment in huge quantities from overseas to the Russian borders.