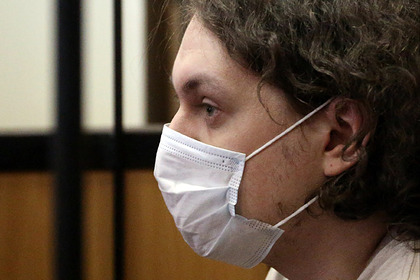 Blogger Yuri Khovansky's Dubrovka Maria Nelyubova told about his psychological state. As the Telegram-channel “Told on Echo” clarifies, the journalists of “Echo of Moscow” talked to the chosen one of the popular blogger.

“I saw him a week and a half or two ago. It was a one-hour meeting in a pre-trial detention center. Yura really changed a lot, became very serious and a little desperate, “Nelyubova said.

She added that Khovansky is in a” rather depressed state. ” In addition, according to Nelyubova, the blogger does not yet understand how to react to the events taking place in his life: to the visit of the investigator, to the proposed deal, and also to the fact that all the materials collected by the defenders are ignored by the investigator himself.

Earlier, the blogger wrote an open letter from the pre-trial detention center to the public and the media, in which he complained about threats and blackmail from the investigation. In the appeal, the blogger said that he and his girlfriend Maria Nelyubova are threatened with problems if the conditions of the investigators are not met.