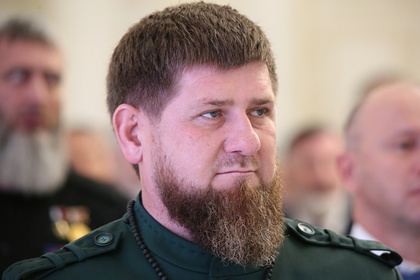 Head of the Chechen Republic Ramzan Kadyrov »Not be harsh and respectful of women. He wrote about this on his VKontakte page.

According to him, people who do not understand the intricacies of Islam believe that misogyny prevails in Chechen society. “You don't have to be so hard on the fair and weaker sex. It’s not easy for them anyway, ”Kadyrov stressed.

In addition, the head of Chechnya responded to those who accuse Muslims of gathering together and celebrating non-Muslim dates. He cited Mother's Day as an example. “It seems to me that such ignoramuses do not know how to be grateful even to their mothers, who gave them life! For them I explain: our celebrations are not feasts with drinking alcoholic beverages or discos in night bars, “Kadyrov specified.

Earlier, the head of Chechnya said that the Ingush descended from the Chechens and are one of the branches of this people as well as the Orstkhois. Corresponding words of Kadyrov sounded after reports on repair work in the Ingush settlement of Dattykh (Sunzhensky district) bordering Chechnya appeared on the Internet.