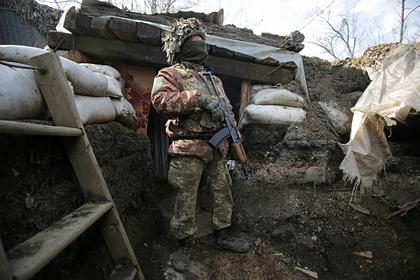 ceasefire by the enemy in the Donbass. The press service of the Joint Forces Operation (JF) headquarters wrote about this on its Facebook page.

The command reported that during the current day the enemy opened fire in the direction of the urban-type settlement of New York. According to the OOS headquarters, the shooting was conducted from heavy anti-tank grenade launchers, automatic heavy grenade launchers and large-caliber machine guns.

They also clarified that as a result of the incident, Ukrainian soldiers were not injured and forced the enemy to stop firing in response.

Earlier, the OOS headquarters accused “Russian artillerymen” of attacking the TV tower located in Donbass, from which Ukrainian TV channels broadcast to the “temporarily occupied territory of the Russian Federation”.