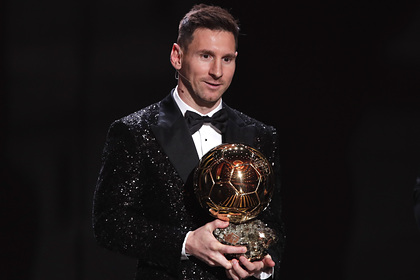 “At the end of 2021. So the results of the presentation of the award in an interview with the Lenta.ru correspondent were assessed by the former footballer of the Russian national team Dmitry Bulykin.

“Robert Lewandowski deserved the victory more. The last two seasons he has shown a very decent game, scores a lot and won several trophies. It seems to me that this time it was worth breaking Messi's hegemony. Moreover, many journalists voted for the Pole, but here some other factor played, ”Bulykin said. The Russian also added that the Argentinean has so many Ballon d'Or.

The footballer also speculated about how a defeat in a dispute for an award could affect Lewandowski's psychological state. “Of course he has disappointment. How he will cope with this – we'll see in the next matches. Partners in Bayern must help, and he himself is not such a young footballer to worry too much, “Bulykin emphasized.

The Golden Ball award ceremony for the best footballer of the year was held on November 29 in Paris. In the trophy dispute, Messi beat Bayern striker Lewandowski, who came in second in the vote.