In Moscow, the court found ex-schema-abbot Sergius guilty under three articles of the Criminal Code of the Russian Federation 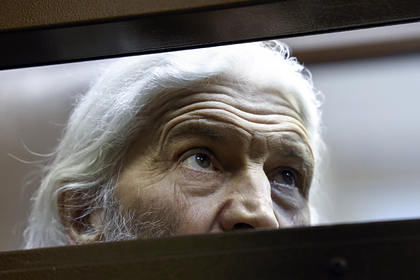 Nikolai Romanov), having found him guilty of committing crimes falling under three articles of the Russian Criminal Code. This was reported by TASS.

The defendant was found guilty of arbitrariness, violation of the right to freedom of religion and inducement to suicide. The announcement of the verdict continues. The court will name the punishment in the operative part of the decision.

On November 29, the prosecutor's office asked the court to appoint the disgraced father Sergius four years in prison. He does not admit his guilt.

An investigation is underway against him in the case of organizing an extremist group, which includes his assistant Vsevolod Moguchev and unidentified persons.

In July 2020, the church court deprived dignity of the schigumen Sergius, who seized the Sredneuralsky nunnery near Yekaterinburg and violated the priestly oath. He has publicly denied the coronavirus and cursed those wishing to close temples in the pandemic. On September 10, 2020, he was excommunicated.

In December 2020, Romanov was detained by special forces. The reason for the arrest was a video posted on YouTube in which Sergiy calls on his supporters to “die for Russia.” According to the investigation, he publicly called on the nuns living in the monastery to commit suicide.