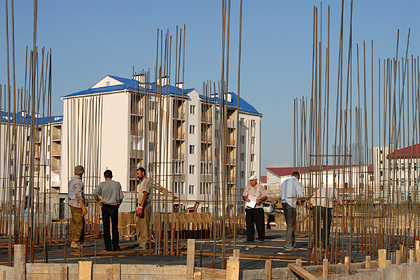 The weighted average price of new buildings in Russia has increased by 31 percentage and amounted to 119.6 thousand rubles per square meter. Cities with the cheapest and most expensive offers are named in the analytical review of the United Resource for Developers (ERZ), RIA Novosti reports.

Currently Currently, professional developers are building more than 105 million square meters of living space, which is almost five percent lower than the figure for November 2020. According to ERZ, the largest Russian developers are PIK, LSR, Samolet, Setl Group and FGC.

Earlier in November, analysts from the Azbuka Zhilya real estate agency named Moscow's districts with the cheapest new buildings. In October 2021, the most affordable housing on the primary market could be purchased in Lianozovo – a square meter would cost 175 thousand rubles on average. The top 3 also includes Eastern Biryulyovo (178.8 thousand rubles) and Beskudnikovsky district (182.3 thousand rubles).