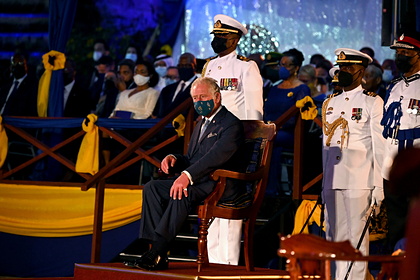 National Heroes' Square in Bridgetown, the Queen's standard was lowered. This was announced on Tuesday, November 30, TASS reports.

The country's president-elect Sandra Mason, who was elected in October, took office, Queen Elizabeth II of Great Britain will no longer be the head of the Caribbean state.

“I swear to be loyal to Barbados, in accordance with the law, I will serve Barbados honestly as president. God help me, “Mason said during her inaugural speech.

The guest of the ceremony was the heir to the British throne, Prince Charles of Wales.

Barbados has been a British colony since 1627 and gained independence in 1966 year. The head of state was considered the Queen of Great Britain, represented by the Governor General. Barbados is located in the Caribbean and has a population of about 300,000.