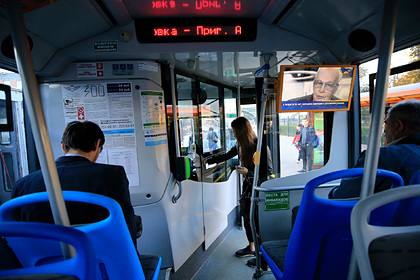 public transport – funds can be transferred via a mobile application. The deputy head of the Ministry of Transport Kirill Bogdanov told RIA Novosti about the introduction of the new technology.

Testing of the application began in Tver, Perm and Taganrog. There will be no need to install additional validation equipment for payment on public transport. The passenger will be able to pay for the fare through the application, which, according to a sensor in the vehicle's interior, will determine the place of landing and calculate the cost of the trip.

According to tests, this technology reduces the boarding time by 30 percent, and, consequently, the time of passengers on the way … The deputy head of the department clarified that more than 30 regions of the country are interested in the system. The service will help to achieve the goal of maximizing the possibility of cashless payments. “Our task is to bring up to 70 percent of the share of passengers with non-cash fares for transport in the largest agglomerations by 2024, this is 10 times more than last year,” Bogdanov said.

In October 2021, for all Moscow metro stations have launched a fare collection system using face scanning FacePay. A special turnstile was allocated for passengers. According to the authorities, the Russian capital became the first city in the world to launch such a fare payment method.