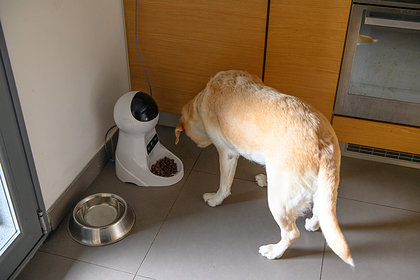 access to the camera and spied on the owner of one of the animals. This is reported by Nine.com.au.

Dog owner Angela Cuniberti said that for many years she used a smart feeder for her pet without any problems. The feeder is equipped with a camera that allows the owner to observe his pet, being far from home, and even treat him to treats during the day.

Once a woman passed the camera and heard a strange sound. “A man's voice said, 'Hello, pretty girl.' I was terribly scared, ”said Kuniberty. Her dog started barking loudly. The woman thought that someone had broken into her house, but then the owner of the animal realized that the sound was coming from a smart feeder. “I saw that a red light was on and I thought it was strange,” she said. The woman suspected that she was being spied on.

When Cuniberty decided to take a closer look at the camera, she heard a man's laugh. The woman turned to the manufacturer of the feeder. There she was told that, most likely, the man hacked into her Wi-Fi network and gained access to the camera. Cuniberty was surprised by what happened, because shortly before that she changed all passwords.

Earlier it was reported that in the United States a woman hacked the flight control system through the flight school application and falsified data on the technical characteristics of flight vehicles, making faulty and unsafe aircraft “Fit” for flying. Thus, she decided to take revenge on her ex-boyfriend.