In the Krasnoyarsk Territory, two men who were looking for missing fishermen drowned 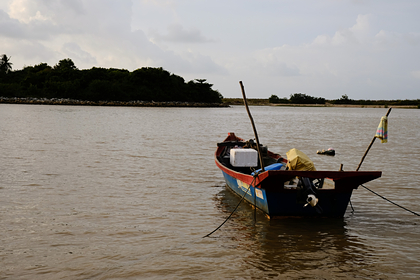 of them drowned. This was reported in the MIA General Administration for the region, TASS reports.

The husband's wife, along with his three friends, reported the disappearance of her husband. According to her, on November 27, her husband went on snowmobiles to the hut, which is located about 40 kilometers from Igarka up the Yenisei River. On the evening of November 28, he called his wife and said that the company was returning, but no one saw them again.

“Seven people went in search, two of them drowned,” the Interior Ministry said. The department noted that the searches were conducted by friends of the missing fishermen.

At the moment, the phones of the missing men are not available. Aviation equipment was connected to the rescue operation.

Earlier, five volunteers who went to look for the lost fisherman disappeared in the taiga on the border of the Irkutsk region and Buryatia. Information about the disappearance of the search engines was reported to the emergency services by their relatives.