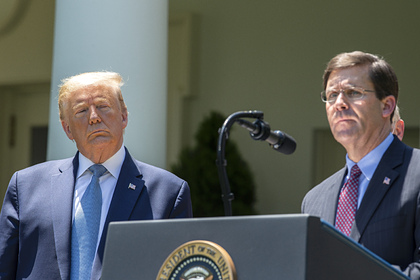 Former US Secretary of Defense Mark Esper sued the Pentagon. The reason for the lawsuit was the ban on the publication of part of his memoirs, which tells about his work with President Donald Trump, reports The New York Times. oath “in May next year. There he told “a complete and unvarnished history of the nation, especially in its difficult periods.” The lawsuit, filed with the federal court for the Metropolitan District of Columbia, says that they want to remove a significant fragment of the text from the memoirs: “The withdrawn text is necessary to present important stories touched on in the manuscript.”

The politician also accused the current presidential administration in infringement of constitutional rights and called the appeal to the court the only available way to convey its story to the American people.