US State Department: the departure of 54 Russian diplomats cannot be called expulsion 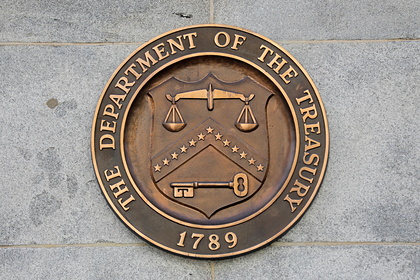 The departure of 54 Russian diplomats, scheduled for 2022, cannot be considered their expulsion or a punitive measure. This opinion was expressed by the deputy head of the press service of the US State Department, Jalina Porter, writes TASS.

She stressed that the Russian side had been notified of this decision in advance. According to Porter, the United States is making the same demands on Russian diplomats that Russia made to State Department officials.

Earlier, Russian Ambassador to Washington Anatoly Antonov said that 27 Russian diplomats would leave the United States on January 30. He stressed that the spouses of the diplomatic corps employees are deprived of their accreditation, children are not issued visas. The diplomat also said that the United States rejects all of Russia's proposals to restore inter-parliamentary ties, rejects requests for meetings in Congress and refuses to listen to Russian argumentation.

In August, US Ambassador to Russia John Sullivan announced a large disproportion in the number of diplomats who are located in two states. For example, 123 employees of the embassy work in Russia, and in the United States there are 400 Russian diplomats, distributed between the embassy, ​​two consulates and a permanent mission to the UN.