Human rights activist Litvinovich: they extort money from women in colonies for the right to be released on parole 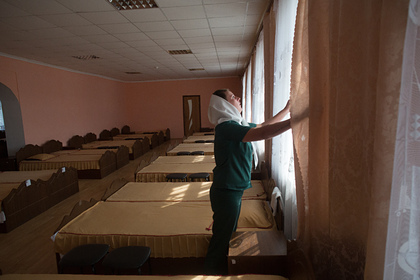 In women's colonies money is often extorted from relatives of Russian women prisoners. For the sake of being released on parole (parole), women are ready for a lot, so some families have to sell apartments and take out loans. The scheme of extortion by employees of the FSIN was revealed in an interview with Lenta.ru by human rights activist Marina Litvinovich.

In general, the leadership of the colonies is aimed at constantly pulling money out of the families of prisoners. They are always interested in women whose families can pay. And very often a woman who wants to get out on parole is told in plain text: you need to buy building materials or pay for some work

Litvinovich said that the money allocated by the state for the repair of colonies could be stolen by employees. If they refuse to give money, the guards look for other wealthy prisoners: there are always people who are ready to pay. In the regions, the sums extorted from prisoners can reach 100 thousand rubles, added the human rights activist.

Unlike men's prisons, physical violence is not widely used in women's colonies. At the same time, since all women are motivated to go on parole, the FSIN officers are going to manipulate. Extortion is one such manipulation, but there are others. In particular, the practice of manipulating female physiology is widespread in the colonies, Litvinovich said. Women who work in garment factories in colonies cannot often go to the toilet, as it is allowed to do it once or twice per shift.

“Moreover, very little time is given for this, about 5-10 minutes … Taking into account the fact that, for example, 70 women work in production, and there are only five toilets, it turns out that not everyone even has time, ”said the human rights activist. In her opinion, such methods may well be called torture.

Earlier, the human rights project Gulagu.net published a video of the rape of prisoners in the regional tuberculosis hospital No. 1 (OTB-1). The footage was filmed by officers of the Federal Penitentiary Service and prisoners on official video recorders. According to human rights activist Vladimir Osechkin, the entire video with torture occupies 40 gigabytes, they confirm the systemic nature of torture in the colonies and pre-trial detention centers of the Irkutsk, Vladimir and Saratov regions.

On Thursday, November 25, it became known that Russian President Vladimir Putin fired the head of the Federal Penitentiary Service Alexander Kalashnikov. According to the source of Interfax, the resignation of the ex-head of the department is connected with the public outcry around the revealed torture.