Political scientist Markov predicted the “splitting” of the European Union 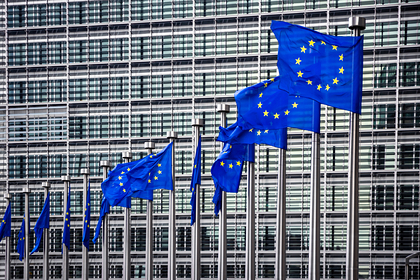 countries that wish to weaken their ties with the EU. This scenario of a possible future in a conversation with Lenta.ru was described by political analyst Sergei Markov. He noted that Britain, Poland and especially the United States are interested in this, for which it is unprofitable to increase the independence of the allies.

Earlier, President of Belarus Alexander Lukashenko accused Polish politicians of intending to destroy the European Union. He spoke about the trips of “Polish scoundrels” to foreign countries and pointed out the goals of such visits. “Yesterday you noticed, [Polish Prime Minister Mateusz] Morawiecki where did he go? To the UK. I'm sure … Look, within a year or two, they want to destroy the European Union at America's suggestion, “Lukashenko predicted.

Markov drew attention to the fact that the United States, Britain and Poland are conducting a pronounced a policy against Europe. This is explained, according to him, by the fact that the States are not interested in increasing the EU's independence, as evidenced by the regular attempts to stifle talks about the creation of an internal army.

“They are trying to do this with a stick, like [former US President Donald] Trump, and a carrot, like [incumbent US President Joe] Biden. But in any case, the country's authorities would like the region to have a minimum of independence and independence. Britain, as you remember, left the European Union altogether. And Poland and Hungary are the two countries in the greatest conflict with the alliance. The EU, by the way, in response, in the same way hates the Polish government and reduces subsidies and payments to the country. It was Poland that undermined the initiatives for the quota distribution of refugees, frustrating the all reasonable position of the union regarding migrants, ”the political scientist recalled.

He suggested that such a confrontation would end, if not disintegration, but the“ splitting ”of the European Union into several spheres … The core of the new union, in his opinion, may be Germany, France, the Netherlands, Belgium and Italy.

“They can move forward along the path of federalization, creating an even more solid and rigid core of the EU. And some part of the states, on the contrary, will move in the direction of weakening ties with Europe. These are Poland, Hungary, other countries of the eastern region. They will abandon some kind of agreement. And the last sphere is the ring of satellites of the EU, which will form around a harder core. It may be the same Britain, Switzerland, other states that will not formally become members of the union, but will join many of its agreements, “Markov concluded.

Earlier, Lukashenko addressed the people of Poland and asked him to reason their “distraught” and “out of reality” leadership.