RTL: The Netherlands is preparing a legal procedure in ICAO against Russia in the case of the MH17 crash 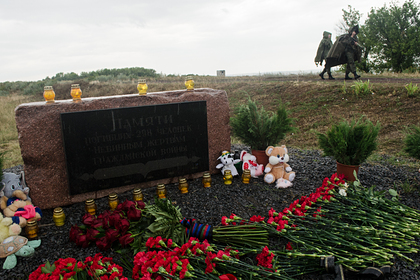 procedure in the UN International Civil Aviation Organization (ICAO) in the case of the crash of flight MH17 in eastern Ukraine in July 2014. This is reported by the RTL Nieuws TV channel, citing anonymous sources.

The issue will be on the agenda of the new government, which is currently being formed.

RTL sources call this new procedure promising for the Netherlands. The interlocutors also claim that Russia allegedly violated the Chicago Convention, according to which countries are obliged to ensure the safety of civil aviation.

The Chicago Convention states that each state must refrain from using weapons against civil aircraft, the authors of the material noted. The final decision on filing a claim against Russia in ICAO should be made by the new Cabinet of Ministers of the Netherlands. “If ICAO recognizes that Russia is guilty, this will increase pressure on Moscow to admit responsibility or may serve as the basis for another lawsuit,” the text says.

In early November, the court postponed the decision on the claims of relatives victims of the crash of flight MH17 in eastern Ukraine. It will be considered in the Netherlands in December, according to presiding judge Hendrik Steenhuis.

A Boeing 777 en route from Amsterdam to Kuala Lumpur crashed in eastern Ukraine in July 2014. There were 298 people on board, they died. They are involved, according to investigators, in the plane crash, they are suspected of facilitating the movement of the Buk air defense missile system, from which, according to the court, the liner was shot down. Moscow denies any involvement in the plane crash.