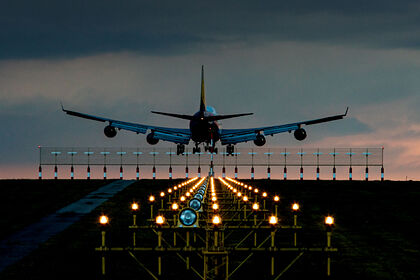 A 26-year-old man flew from Guatemala to Miami, hiding in the landing gear compartment of a Boeing 737-800, and survived. Details of the incident are published by The New York Times.

The incident took place on Saturday, November 27, on an American Airlines flight. A resident of Guatemala, whose name was not disclosed, secretly made his way to the runway and hid in the landing gear compartment while preparing the liner for departure. It is clarified that the plane was in the air for about three hours.

According to the carrier's spokesman Alfredo Gardugno, as soon as the plane landed, the US Customs and Border Protection officers detained the offender. Later, the man was taken to the hospital for medical examination. According to eyewitnesses, he was unharmed, despite the fact that he flew to another country in such a dangerous way. An investigation into all the circumstances of the incident is currently underway.

Earlier in October, it was reported that the Cook County Court (USA) acquitted a man on charges of violating borders, who changed his mind about flying home and lived for three months at the Chicago airport for the sake of spiritual growth. “I am actually growing spiritually through this experience, and I know I will become stronger,” Singh wrote in his messages.