Lawyer Bushmanov: the organizers of the riots at the CSKA match may be charged with Article 212 of the Criminal Code of the Russian Federation 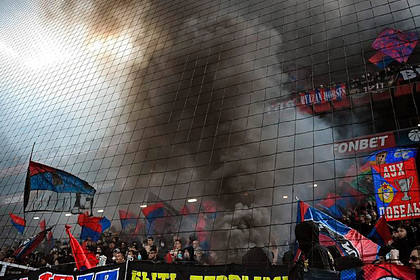 kindling pyrotechnics during the match with Zenit. He is quoted by RIA Novosti.

Earlier on November 29, the number of CSKA fans arrested after the match with Zenit was named. According to journalist Sevastian Terletskiy, a total of 408 people went to the Moscow police department.

The incident took place on Sunday, November 28, after the end of the match. At first, the police did not let the fans out of the A-podium of the VEB Arena stadium for about an hour, and then carried out a massive arrest of the fans. At the end of the match on this stand, the fans used pyrotechnics.

The game ended with a score of 2: 0 in favor of the guests. Claudinho and Andrey Mostovoy distinguished themselves in Zenit.