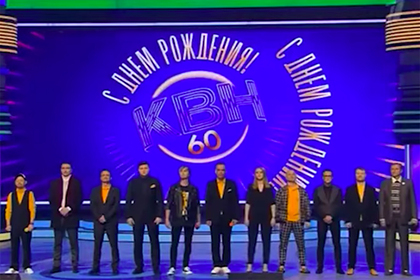 Members of the KVN team of the Belarusian State University (BSU) on the air thanked for the sponsorship of businessmen Roman Semiokhin, Sergey Karshkov and Dmitry Kazorin, who were put on the international wanted list. The words were spoken during the festive release dedicated to the 60th anniversary of KVN. An excerpt of the program is available on YouTube.

After the performance of the Belarusian team, the head and presenter of the program Alexander Maslyakov read out the gratitude of its participants to the entrepreneurs. “The KVN BSU team thanks Sergey Karshkov, Roman Semiokhin and Dmitry Kazorin,” he said.

Semiokhin, Karshkov and Kazorin were put on the international wanted list for illegal organization and conduct of gambling using the Internet. Businessmen are the creators of a large illegal online casino 1xBet, which is banned in Russia.

According to the Investigative Committee, the attackers carried out gambling without a license from the Federal Tax Service. It is noted that from October 2014 to May 2019, the income of businessmen from illegal activities exceeded 63 billion rubles.