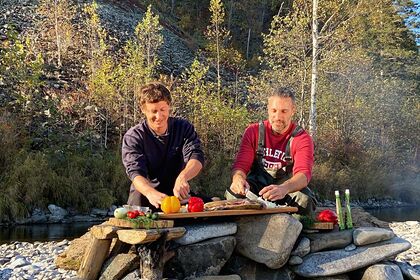 Chef and host of the TV show “Let's go, let's eat!” Federico Arnaldi arrived in the Khabarovsk Territory. This is reported by the HKS agency.

Federico was surprised by the abundance of greenery in Khabarovsk and the sunny days in autumn. The guests visited the Infidel tower, visited Count Muravyov-Amursky on the cliff and the Central Market, from where the gastronomic part of the journey began.

The host, together with a local chef, tried to cook an old Russian dish – beef cheeks with buckwheat in the oven. They also tasted a trumpeter in a fern and a crab salad.