The head of Termoelectrica, through which Moldova repaid the debt to Gazprom, resigned 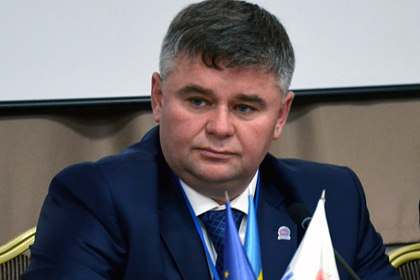 The head of Termoelectrica, through whom Vyacheslav Yeni debt to Gazprom, resigned. He is leaving his post on December 1 amid suspicions of illegal enrichment. This is stated in a press release published on the company's website.

The company noted that Yeni is completing his mandate. He served as CEO of Termoelectrica for six years, three consecutive terms. Yeni himself did not explain the reasons for his resignation, but wished his former colleagues “success in the future and the implementation of all the wonderful and expected projects of the enterprise.”

On November 24, the anti-corruption prosecutor's office opened a criminal case against Yeni on suspicion of illegal enrichment. His home and office were searched. According to the investigation, in the period from 2015 to 2021, his expenses exceeded income by $ 217 thousand, and at that time he also acquired ten real estate objects through intermediaries.

At the end of November, the Moldovan authorities, after an ultimatum from Gazprom, approved amendments to the law on the state budget, which made it possible to pay off the debt to the Russian state corporation in the amount of 75 million rubles for gas received in October and November. For these purposes, the state-owned enterprise Energocom was allocated 1.3 billion lei (79 million dollars). In turn, Energocom, at the suggestion of the government, provided these funds to Moldovgaz, having bought out part of the state debt of another state-owned enterprise, Termoelectrica, accumulated in the period 2002-2008.