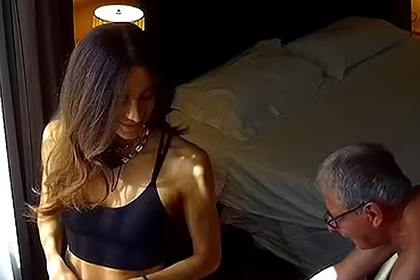 Miniello became the target of a covert investigation after one of his patients went to a television program to complain that a doctor had suggested sex curing her of the human papillomavirus (HPV). She asked for help to expose the pervert.

She said that for a long time she could not get pregnant and came to see a gynecologist. According to her, the doctor behaved strangely: he touched the woman's chest and spoke directly that he liked a small bust. Miniello examined, took tests and soon reported that the patient was diagnosed with HPV.

“The dress was around the neck, and the tights were pulled down to the knees” The story of a doctor who was afraid to offend patients during examination00: 02 – 20 March 2019

” He used my mother when she was most vulnerable. ”The doctor secretly impregnated patients and became the father of dozens of children

The gynecologist claimed that since he was vaccinated against HPV, thanks to having sex with him, a woman will receive the necessary immunity from the virus. Outraged by the doctor’s strange proposal, the Italian woman asked the television staff for help, and they began an investigation: one of the journalists pretended to be a patient and came to see Miniello.

During the reception, he suggested that the channel employee have healing sex with him, and she agreed. The couple met in a hotel room, where they had pre-installed video cameras. When the doctor stripped down to his underpants, a reporter entered the room and explained that Miniello had become the hero of the investigation.

It soon became clear that the gynecologist had repeatedly told patients false diagnoses and suggested sex as the most effective way to cure. The doctor himself called the harassment an alternative method of treatment and said that he saved many women.

The Bari prosecutor launched an investigation, which is currently collecting information from the victims.

Earlier it was reported that in New York, USA, a woman sued a gynecologist who secretly impregnated dozens of patients, turned out to be her father and became her attending physician. According to Fox News, such cases are not uncommon.