Mishustin: the government will send 80 million rubles to the families of those killed at the Listvyazhnaya mine 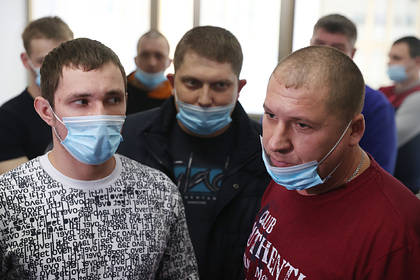 The Russian government will allocate about 80 million rubles to support the victims and families of those killed at the Listvyazhnaya mine in the Kemerovo Region. This was stated by Prime Minister Mikhail Mishustin, TASS reports.

According to the Prime Minister, the families of the victims will receive one million rubles each from the federal center. Victims of the accident, who suffered serious and moderate damage to their health, 400 thousand rubles each. In case of mild damage, the corresponding payment will be 200 thousand rubles.

In addition, financial assistance will be provided by the regional authorities, municipalities and the company that owns the mine. Mishustin clarified that the funds must be immediately brought to the attention of people who are faced with a disaster. “It is important to avoid even the slightest bureaucratic red tape,” he stressed.

Earlier, the governor of Kuzbass Sergei Tsivilev said that no gross violations were found in the mines of the Kemerovo region, due to which they can be closed. At present, all mines in the region are working, he added.

A methane explosion in the Listvyazhnaya mine in the Kemerovo region took place on Thursday, November 25. As a result of the emergency, 51 people died, including five mine rescuers. One of the rescuers, who was considered dead, managed to leave the mine – he went to the rescuers himself the day after the accident.