Estonian Foreign Minister: EU sanctions against Belarus will come into force on December 2 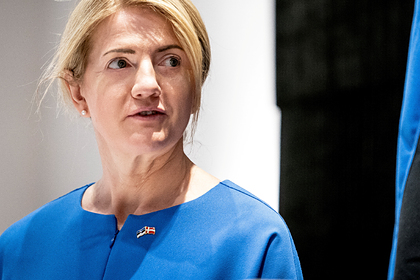 ” He called himself the savior of Europe. ”A stream of refugees flooded Lithuania. What awaits the EU and how is Lukashenka involved in this? 00:01 – November 18

“The preparation of the fifth package of sanctions against Belarus is nearing completion, and it is scheduled to be adopted this week. It is planned that it will be on December 2, “the head of the Ministry of Foreign Affairs said.

The diplomat also indicated that the list of individuals and legal entities who have come under the sanctions will be published only together with the agreed package. “Premature disclosure of this information could cause unnecessary confusion. It will also allow these persons to react quickly and, for example, restructure assets or do something similar, ”Liimets explained.

The EU's intention to impose new sanctions against Minsk became known on November 9. The EU and NATO accuse Belarusian President Alexander Lukashenko of using migrants as a weapon of pressure on the West. The new round of sanctions is directed against Belarusian officials, who, according to the European Union, organized the arrival of migrants in retaliation for the restrictions on Minsk.

other intermediaries. Irish Foreign and Defense Minister Simon Kovney clarified that the European Union intends to terminate leasing contracts with the state airline Belavia and Minsk will be obliged to return 17 of 29 aircraft.

The migration crisis on the border of Belarus and the European Union began at the end of May … Large groups of illegal migrants from Africa and the Middle East began to storm the borders of Lithuania, Poland and Latvia in the hope of obtaining asylum. It was alleged that Minsk uses its national tour operator Tsentrkurort to transport migrants to the EU borders and makes money on it.