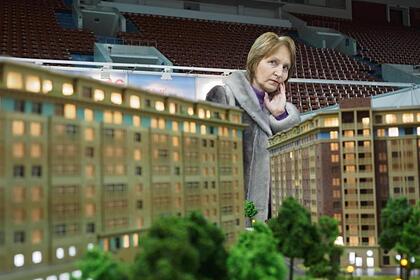 mortgage loans, which from January to October the Russians took out 4.28 trillion rubles. These calculations are cited by the United Credit Bureau (OKB), RIA Novosti reports.

This volume of lending exceeds not only the results of the entire 2020 (4.27 trillion), but also the indicators for all previous years. The number of mortgage loans issued in 2021 was 12 percent more than in the same period in 2020. The volume of lending increased by 31 percent. At the same time, in October, the growth rate of lending slowed down: Russians took out 145 thousand mortgage loans, the total amount of which amounted to 440 billion rubles. The number of loans was four percent below the September figures and 29 percent below the October 2020 results. The volume of disbursed funds decreased by 16 percent on an annualized basis.

The total cost of a mortgage loan in October increased by 0.1 percentage points – up to 9.3 percent per annum. The biggest decline was in the number of loans issued in the Krasnodar Territory and St. Petersburg. Residents of the Altai Territory, Chuvashia and the Voronezh Region began to take out loans 36 percent less often, and residents of Moscow – 35 percent.

Mortgage rates in the largest Russian banks have increased due to the increase in the key rate. The central bank sharply raised its key rate on November 22 to 7.5 percent per annum to contain the rise in prices. Following the decision of the regulator, rates on both deposits and loans increased. The total cost of the loan has grown by 0.7 percentage points since the beginning of 2021.