Tvil.ru: the best month of the year for skiing is January 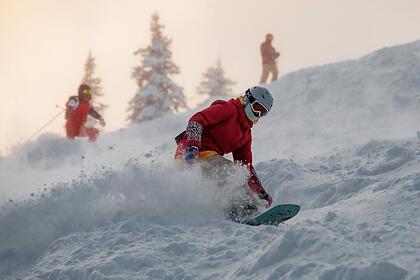 snowboarding. Their preferences were determined by the Russian vacation rental service Tvil.ru.

The majority of Russians (44 percent) believe that the best time to travel to the mountains is the New Year holidays, which are celebrated in January. Another 28 percent of those surveyed prefer to open the ski season in February, when the influx of tourists decreases at the resorts.

A total of 28 percent of respondents go skiing and snowboarding at the end of the season. So, 16 percent of them chose March, eight – May, four – April.

It is noted that the longest ski season in Russia lasts in such directions as Kirovsk, Yuzhno-Sakhalinsk, Abzakovo, Sheregesh, Baikalsk and Elbrus – you can ride in these regions until the end of May. In addition, depending on the weather, the Sochi resort Rosa Khutor may also work until May 14.

Earlier in November it was reported that the Russians wanted to spend New Year's holidays in Veliky Ustyug, Moscow and in the Karelian Lakhdenpohja. In these three cities, the analysts of the Tvil.ru vacation rental service recorded the greatest excitement for accommodation during the January holidays – from 500 to 800 percent compared to last year.