Virologist Chumakov: the omicron-strain has a large number of mutations due to AIDS 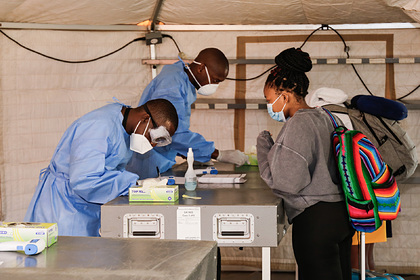 the number of people with immunodeficiency who live in the area of ​​its origin. This connection was stated by the virologist, Corresponding Member of the Russian Academy of Sciences Pyotr Chumakov, his words are quoted by the TV channel “360”.

The specialist recalled that the new strain arose in Botswana, where a large number of AIDS patients live.

< p> “In such patients, the disease is more severe and the virus lingers in the body much longer, begins to adapt to the body and accumulate mutations,” Chumakov explained.

He added that after mutations, the new strain acquired additional properties, in particular, he began to infect people more intensively.

Earlier, Peter Chumakov predicted the behavior of the omicron strain in countries with a large number of people vaccinated against coronavirus. According to him, in the area where herd immunity has formed, the situation with the new strain will be milder.