TASS: Tu-160M ​​aircraft assembled from scratch in Russia will be tested in December 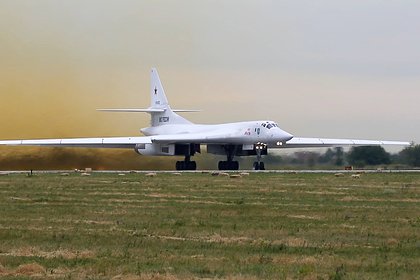 Tests are to take place at the Kazan Aviation Plant named after Sergei Gorbunov.

“The plane is in the hangar ready, refueled. By the end of the year, the Tu-160M ​​will definitely jog along the runway. The flight is not planned, “the source said.

The source added that the test date depends on the working schedule of the management who will be present at the event.

In November, Izvestia wrote that Russian strategic bombers Tu-160M ​​and Tu-95M will receive non-nuclear stealth ammunition “product 506”. The newspaper notes that the ammunition is a miniature ultra-precise stealth missile capable of hitting almost any target from a distance of thousands of kilometers.

In December 2020, the rating of world achievements of the year in the field of engine building, presented by the authoritative American magazine Aviation Week & Space Technology, the first flight of the Russian strategic bomber-missile carrier Tu-160M ​​with the new NK-32-02 two-circuit three-shaft turbojet engine hit.