Head of Roscosmos Rogozin: the Orlyonok spacecraft may appear in 2026-2027 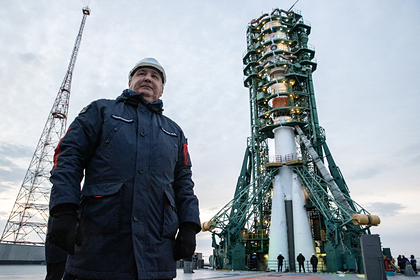 The Orlyonok universal spacecraft, which in the cargo version will replace Progress, and in the manned version – Soyuz, may appear in 2026-2027, RIA Novosti reports a statement by the general director of Roscosmos Dmitry Rogozin.

According to TASS, the frequency of flights to the Russian Orbital Service Station (ROSS) under development will be higher than at present to the operating International Space Station (ISS), which is why the “Eaglet” “must be cheap.” According to Rogozin, the Rocket and Space Corporation RSC Energia “will definitely prescribe not only the ROSS architecture, but also how to fly there.”

In October Rogozin announced that in 2023 flight tests of the Russian promising the lunar spacecraft “Eagle” on the heavy rocket “Angara” from the Vostochny cosmodrome, which “can be stretched in accordance with a more rational schedule.”

In December 2019, it was reported that the promising “Eagle”, previously known as the Federation, it turned out to be overweight, as a result of which the aircraft launched by a heavy missile of the Angara family would not reach the Moon.