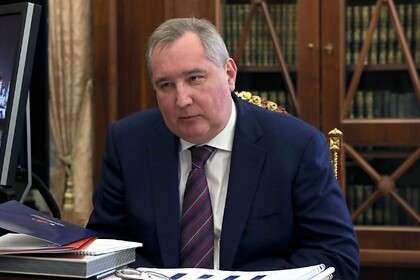 Jens Stoltenberg's NATO, which he said about Russia. He wrote about this in his Telegram channel.

On Monday, November 29, the head of the North Atlantic Alliance said that he believes in the possibility of dialogue with Russia, since it is necessary “to reduce the potential risks that may arise.” He noted that NATO countries need to show that they are “united as never before” so that “Russia does not want to attack” any of them.

As the head of Roscosmos noted, “the rhetoric of NATO bureaucrats have changed dramatically in recent years. ” Rogozin recalled that in 2008-2011, when he headed the Permanent Mission of Russia to NATO in Brussels, “not a single NATO official had the idea to say something like that to us.” “Now they are constantly rude and accustom others to an aggressive tone and content of speeches against Russia,” he concluded.

Earlier, Russian President Vladimir Putin explained the break in relations with NATO by the illogical actions of the representatives of the alliance. In his opinion, Russian diplomats under NATO were expelled from Brussels for no reason, and Moscow responded in a similar way, closing the military mission of the alliance. Putin believes that the alliance is determined to actively confront Russia. In confirmation, the President spoke about the “stubborn and demonstrative” approach of NATO's military infrastructure to the Russian borders.

The North Atlantic Alliance and Russia in October 2021 mutually expelled their diplomatic staff. The aggravation happened at the filing of Secretary General Jens Stoltenberg, who reduced the number of the Russian mission in Brussels to 10 people. Russia believes that the alliance is actively making plans for expansion, including to Central Asia.