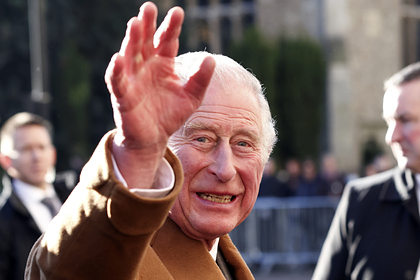 The member of the royal family who offended Meghan Markle with his racism was Prince Charles. This is stated in Christopher Anderson's book Brothers and Wives: The Private Secrets of William, Kate, Harry and Megan, which will be released on November 30.

Related materials00: 10 – 12 November 2016 When Harry met Meghan Did the prince break royal traditions by having an affair with the mulatto actress 14:23 – 9 March

Crisis in the Royal FamilyThe Guardian quoted a conversation between Charles and his wife Camilla in the book, which, according to Anderson, took place after Harry and Meghan's engagement in November 2017. “Wonder what their kids will look like?” – supposedly curious Charles. “Absolutely great, I'm sure of that,” Camilla replied. “I mean what color their children will have,” Charles explained, hinting that Meghan Markle's mother was black.

Prince Harry mentioned this incident in an interview with American TV presenter Oprah Winfrey. He said that some members of the royal family showed concern about the skin color of his future son, but did not specify who it was about. Winfrey later stated that Queen Elizabeth II and her husband Prince Philip were not concerned about the color of Harry's child. The author of books on the British royal family, Colin Campbell, suggested that the racist comment could have been made by the Queen's daughter Princess Anne.

Representatives of Prince Charles have denied Christopher Anderson's claim. “This is a fiction that does not deserve further comment,” – said in a statement Clarence House.

On March 8, CBS aired the first joint interview that Prince Harry and Meghan Markle gave after moving to the United States. In an interview with TV presenter Oprah Winfrey, Megan admitted that she was contemplating suicide due to harassment in the British press. It also became known that she and Harry lost the financial support of the royal family in the first half of 2020, and Prince Charles refused to talk to his son for several months. A day later, Buckingham Palace issued an official statement saying that the issues raised in the interview, especially those related to racism, were of concern to the royal family.